“Hasan Tan can not be rector to METU!” What about Melih Bulu?
GÖZE ORHON
Melih Bulu was appointed as the rector to Boğaziçi University in January 2021 and this brought about a series of debates and a hope-inspiring resistance as well. This case bears certain resemblances to nine-month boycott and resistance which were sparked by illegitimate appoinment of Hasan Tan as rector to METU in 1977. This article, by taking the specifities of these two historical contexts into consideration, aims at comparatively examining these two experiences of resistance.

Universities, nationalities, dragons: The political principle of the autonomy of the university space
POLAT S. ALPMAN
The historical development of higher education in Turkey did not support the autonomy of the university space; it did not allow the development of professional ethos and academic habitus. When the development of this process, which started with Darülfünun, is carefully watched, it can be argued that higher education in Turkey cannot be limited to being the ideological apparatus of the state; it rather goes beyond this by organizing higher education as a place where political authority is represented and reproduced. The perspectives stating that the university space should be autonomous and defining the space as a “universal mind” build the political principle that establishes the space on this view. This approach idealizes universities’ professional values and reputations, their public responsibilities and rights, rather than defining them with reference to a political principle. However, whether the university space under modern nation-state domination should be autonomous is a political issue. This study argues that it is necessary to politicize the principle that establishes the autonomy of the university space in Turkey and that this principle concerns citizenship rights rather than reason.

Exile and plurality in neoliberal times: Turkey’s academics for peace
SEÇKİN SERTDEMİR ÖZDEMİR, NİL MUTLUER, ESRA ÖZYÜREK
Today thousands of academics from Turkey, along with others from Syria, Iran, and Egypt, are deserting their homeland in search of intellectual refuge in Western countries. These exiled academics practice diverse forms of teaching and researching, both in Turkey and in exile. The authors argue that the current struggles of oppositional academics inside and outside Turkey offer insight into the nature of the global crisis in neoliberal academia based on precarious working conditions and commodification of education. Some of the answers to this crisis may lie, as they did in the 1930s and 1940s, in the hands of those same persecuted scholars who bring with them academic perspectives forged in oppressive regimes. An approach that goes beyond humanitarian support has the potential to pluralize the academy.

Another world is possible, if only we wondered about it: In memory of Marshall Sahlins
ALİ SIPAHİ
Anthropology giant Marshal Sahlins passes away in April 2021 at the age of 90. In Lévi-Strauss’ words, Sahlins was probably the last sage among anthropologists. In his sixty-year career, he wondered, learnt and taught about non-Western and non-capitalist worlds. In addition to his academic contributions, his most profound intervention in intellectual life was exposing Euro-centrism and the lack of curiosity towards alternative worlds in critical/liberal/leftist thought. This article aims to commemorate Sahlins and introduce his groundbreaking ideas, believing that the critical social sciences in Turkey needs to face with Sahlinsian intervention. The biographical part of the essay focuses on the Michigan-Chicago axis, which was crucial for the development of Sahlins’ anthropology, and on his political activism. The remaining part summarizes, through his theoretical works, Sahlins’ take of structure and agency, history, culture, essentialism, infrastructure and power. The article invites to question political and theoretical reflexes of the critical literature in Turkey in the light of Sahlins’ thoughts. 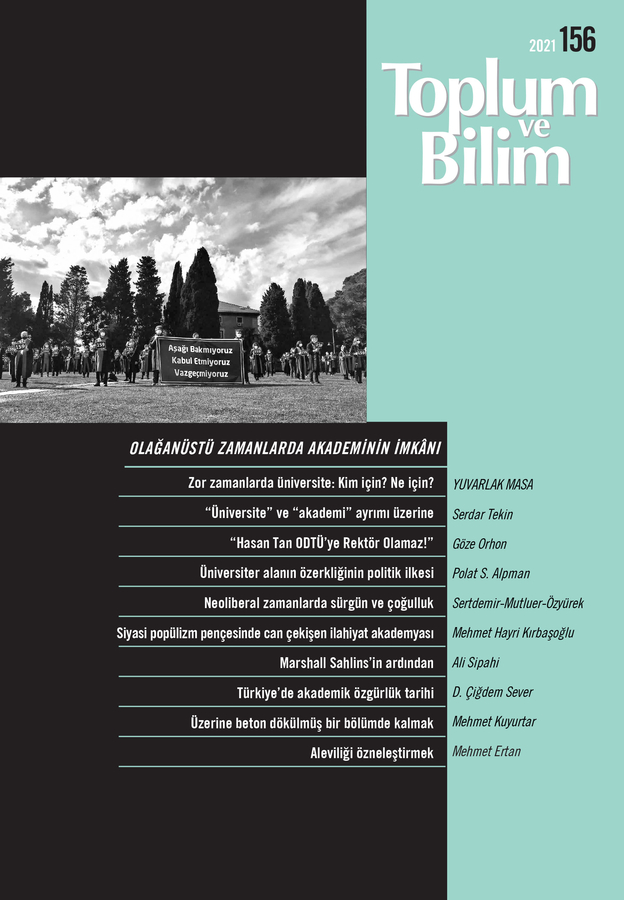