Representation of professions, socialism and communists from the Second Constitutional Period to the early years of the Republic
EROL ÜLKER

This study concentrates on the question of how the ideological and political relations between the corporatist movement and communists developed in the formative period of Turkey. The corporatist movement in question emerged within the Committee of Union and Progress (CUP) in the Second Constitutional Period. It formulated the Representation of Professions program, which proposed the restructuring of political and economic life based on corporations representing major occupational groups. The Representation of Professions program provided a political and ideological perspective for the opposition within the CUP during the last years of the Great War. In the Armistice Period, it became an important reference point for a political tendency called the Unionist left, which sometimes claimed to be socialist and even communist. At different phases of the Armistice Period, there appeared contacts between this corporatist tendency and the socialist groups that were not part of the Unionist left as well as the communist groups affiliated with the Comintern. This essay discusses how the Turkish Communist Party (TCP), whose establishment process was complete with the Akaretler Congress of February 1925, underwent an ideological break with this corporatist line that had been an important agent in artisan and labor organizations since the Second Constitutional Period. A debate that occurred within the TCP in the period 1925-1926 about relations with the journal Meslek and the newspaper Halk formed an important agenda in this respect. The main argument of this essay is that the Comintern played an important part in this ideological split by preventing the TCP members from cooperating with these periodicals representing a corporatist orientation. While the TCP was ideologically homogenized under the influence of the Comintern, such figures as Şevket Süreyya and Vedat Nedim, who moved away from the TCP in this process, took part among the founders of the journal Kadro. Through this journal they attempted to give a radical ideological orientation to Kemalism and the Republican People’s Party in power.

A perpetrator, a rescuer and an enigma: Cemal Pasha, Arabs, and Armenians
ÜMİT KURT

Known for his rigid policies towards Arab nationalists and Zionists during his posting in Greater Syria, Cemal Pasha and his role in the Armenian genocide has always remained an issue of contention. There are important accounts of Cemal’s activity, particularly during the First World War, which have found him to have had no active role in the deportation and extermination of Armenians – here differing from the other two pillars of the Commitee of Union and Progress (CUP), Enver and Talat. On the contrary, such accounts argue that he extended a helping hand to Armenians in so far as his authority and power would allow, and that he even faced off against members of the central government in Istanbul and the CUP head office to do so. This chapter will question that argument, examining the politics of Cemal Pasha during the war, while concentrating on his approach to the Armenian matter. I will also explore his own responsibility for the genocide and discuss the context and contingencies of the way in which his role as a genocide perpetrator manifested itself.

This study investigates post-political frames covered within anti-smoking campaigns. Tracing the socio-spatial transformations of Bilkent University campus since April 2018, when the Senate declared Turkey’s first Smoke-Free Campus policy, I aim to reveal the strategies of these post-democratic public health regulations. The initial 2 years-long transitionary process evinces uneven productions of social spaces in relation to shrinking smoke-allowed spaces on semesterly basis. To capture these transitions, I reflect upon the dialectic relationship between the territorial regulations and everyday life around the smoke-allowed spaces. Instead of measuring the success or failure of the regulation in fight against tobacco consumption, the study stresses upon its dystopic characteristics for a utopic end.

Jacques Rancière’s work on labor history: How to write the proletariat?
METE ÇETİK

Jacques Rancière’s studies on aesthetics, politics, art, or cinema are much better known than his previous work on labor history. In fact he had spent almost ten years in the workers’ archives in the 1970s. He wrote some important books and articles and started some influential discussions in the field. In fact his intelellectual concern has always focused on the current political implications of his studies on history. It can be said that unequal relations he observed between workers and intelellectuals in the leftist movement led him to study the development of this relationship in the past. He tried to conduct a polemic version of genealogy of these relations. He saw in the course of his studies that the lives of militant workers in the nineteenth century were radically different from those of ordinary workers. The militants were forcing themselves to detach from the rutines of daily life that tied them to the requirements of the regime of oppression and exploitaiton. It was their own identity.that bound them to that unbearable life. As a conseqence of their encounters with humanist bourgeois intellectuals, they discovered a different world in which people could read, discuss and live a free and peaceful life, free from the pressures and restraints in the lives of workers. These workers created a piece of free time for themselves to read and develop their knowledge and manners by reducing their time to rest. They adapted their bodies for the requriements of their new life where they could rest and sleep less in the night but could learn and find other ways of seeing the world. Only then were they able to develop a discourse to claim their equailty to discuss all common matters in their society which were prohibited for them. For Rancière, this is a subjectification process. Thanks to this disidentification, the workers were situated themselves between the established identities and found new ways of seeing and creating new forms of equality. They were using the discourse as a political tool to claim their denied equality. Their words, their sound which had been ignored until then made themselves heard as a result of this struggle. This is also what politics is for Racière. Against the unequal distribution of the sensible, they claimed the equal capacity of everyone to one another to think and speak equally. This subjectified workers made up the proletariat: the subject of equality and democracy. They did not rely on their social position in this struggle. In fact their social position was what made hierarchie and inequality inevitable. For this same reason Rancière always tries to rule out the effects of social positions from his arguments, together with all factors that naturalize the claims of inequality in capacities. Proletarians had to learn and develop new ways of seeing the world beyond its current form which imposed inequality in the ordinary patterns of work, family and culture. Rancière adds that these workers chose to study high level intellectual pursuits like philosophy or poetry, instead of other fields of knowledge. Rancière also thinks that arts and fiction can help develop new ways of thinking and sensing. He thinks that fiction can make it possible to reach the kinds of knowledge that distinguish the forms of knowledge that bind people to their positions and release from them. Rancière thinks that these already emancipated workers would never have consented to the hierarchie of any kind of institution. They had already learnt to distinguish and question various forms of imposition of inequality. Rancière even himself started questioning the division that separates those who think and those who work physically, only after his encounter with the writings of one of these workers, Gabriel Gauny. Those who study on topics like the subjectivity of labor, or class consciousness in its Marxist sense can find very important interventions from the point of view of equality in their encounter with Jacques Rancière.

Current situation of quantum technologies in Turkey and the world: A glance from a social framework
İBRAHİM SEMİH AKÇOMAK - ZEKİ SESKİR

In this study, the current situation of quantum technologies as a potential technological revolution in Turkey and the World is examined, and in which context their social effects can be understood is discussed. Firstly, it is mentioned how this technological revolution can be examined within the framework of the techno-economic paradigm approach, and the opportunities it can present to developing countries. Then, the state of quantum technologies in the World and Turkey is summarized using the data gathered from secondary sources. Afterward, using interviews with 19 field experts, the possible social effects of the second quantum revolution, which is expected to bring radical changes in areas such as access to computing power and secure communication are examined under two main titles. First, the issue of wealth distribution that will emerge with the spread of quantum technologies and the social implications of a possible monopolization of global computing power are discussed. Second, the question of which segments of the society are the stakeholders of this technological transformation and its relations with existing inequalities are elaborated. Finally, by drawing attention to the causal relationship between raising awareness and creating infrastructure for quantum technologies, the necessity of a more active public policy in Turkey is emphasized.

Nowadays conservative fashion blogs are among the important fashion channels. Conservative fashion bloggers play an important role in shaping a conservative aesthetic form. This study examines the position of women in the context of the political universe of conservatism, the relationship between conservatism and aesthetic life experiences and how these experiences are handled by conservative media bloggers. In this study, after creating a theoretical basis, blog pages and social media accounts of the famous fashion icons of the last period are examined. In this research, Instagram posts of two bloggers in a specific period range and the current posts of the two blog pages at the time of the research were discussed.

Janitors and tenants constitute two of the most distant goups in the contemporary urban landscape in a number of fundamental ways such as differences in their origins, cultural differentiation, socio-economic status, lifestyle and consumption patterns. Yet, they constitute at the same time the closest coexistence of the worlds that are most apart. This makes their everyday relationships a fertile topic for an interdisciplinary academic research project. This study draws a theoretical and methodological framework based on the scarse existing literature for the analysis of the multi-dimentional interactions between janitors and tenants. The principal problematics of inquiry are proposed as status-income dilemma, urban-raral origins, modern-traditional cultures and lifestyles, intra-gender and cross-gender relations, and communicative actions plus power relations. Qualitative research methods such as ethnographic fieldwork, in-depth interwiew, participant observation and focus group discussion are suggested in combination with multiple sampling to make a comparative framework possible for such a research project. 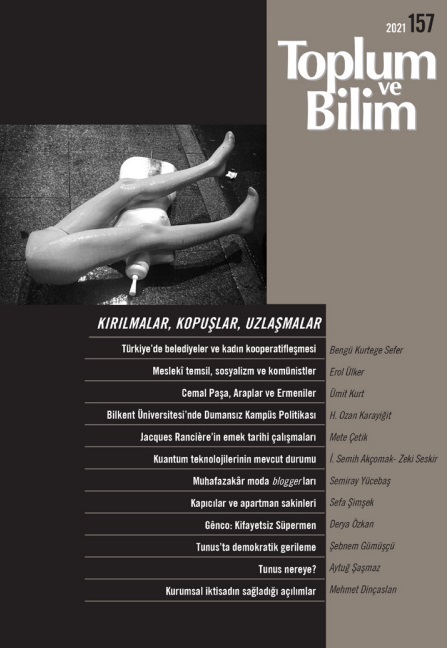