Memory of the ordinary things: Dwelling, material world, landscape in a conservation area in Turkey
GÜLDEM BAYKAL BÜYÜKSARAÇ
This article discusses the materiality and spatiality of social life, problematizing the human-environment relationship in a conservation area in Turkey, based on research findings regarding the Köprülü Kanyon National Park. Rather than the ecological, cultural and economic values of the park, the discussion is focused on things that the hegemonic conservation perspective has marginalized and made invisible, the ordinary things of everyday life, particularly the material forms that have been used and damaged, and sometimes worn-out without having been used. This material world, in which the dwelling and subsistence practices of the local community are embodied, enables us to conceptualize a heritage landscape as an assemblage of intertwined social practices and temporalities, and also renders the other stories of the region audible. The material context reveals the textual diversity of a landscape, in other words, the potential of the landscape to generate different memories, different meanings, and the symbolic conflicts it contains, by pointing to the different stories that the space harbours.

Sincerity from popular culture to politics: The case of Şokopop and Seda Sayan
MESUT YÜCEBAŞ
Nowadays, having a rhetoric of sincerity is seen as a necessity of politics in Turkey. A politician who is considered to be sincere can only force the power areas. But this political discourse ends in the deep waters of populism. Meanwhile, one of the major sources of sincere political language in Turkey is popular culture. The intimate language filtered by the media stars is also transferred to the political space. In this study, intimate language in popular culture is examined and the relations between populist political discourse and popular culture are questioned through an online program about a media star.

Almost prisoners: The prisoners’ relatives
İPEK MERÇİL
The number of prisoners is rapidly increasing in the world as well as in Turkey. The prisoners generally continue to have a relationship with their family members who remain outside. After their imprisonment, their relatives are faced with emotional, social and financial difficulties. This field work was conducted between September 2017 and July 2019 in Istanbul and in Bursa with 12 family members (older than 18 years of age) of incarcerated people. This article reports on the findings of the mentioned qualitative study and analyzes how the lives of the prisoners’ relatives are effected; the nature of social and financial difficulties they faced with and the solutions they developed to overcome those difficulties; in short, the cost that the prisoners’ relatives pay as a result of imprisonment. Our findings demonstrate that the relatives of prisoners are effected in terms of their educational, professional and personal lives. Their daily lives are reorganized according to the prisoners’ visiting and telephone schedules, and they are alienated in their social environments.

An anti-capitalist view of social entrepreneurship: The case of Cuba
İLKER CENAN BIÇAKÇI
The concept of social entrepreneurship has gained importance as the reputation management tools of the neoliberal state that abolished the social welfare mentality. Despite the positive perception created among the public, social entrepreneurship practices executed under the guise of altruism aim merely to manage the prob151 lems caused by capitalism. On the other hand, Cuba, offering a serious alternative to capitalism, sets a precedent based on the socialist entrepreneurship practices implemented under normal conditions and in times of crisis. Moreover, feelings of altruism constituting the basis of social entrepreneurship, comes to life in Cuba and similar regimes where collective culture is influential contrary to the capitalism dominated by individualistic culture. In order to solve the socio-economic and ecological problems posed by capitalism, primarily socialist initiatives are required that would transform the anti-capitalist potential into the political will power through globalizing.

Able to LGBTI+’s be a teacher? Hercules judge of Dworkin versus judges of Constitutional Court
EZGİ DUMAN
In his writings on how judges should make their decisions, Dworkin mentions about the distinction of rule and principle. In this context, judges should rely on pre-occured basic principles at the point where the legal rules do not provide a solution. In conjunction with this, judges should give priority to rights and freedoms which will provide equal protection for everyone and accept restrictions imposed on rights legitimate only when there are exceptional circumstances. To put it differently, a judge should be a “Herkul” judge who bases her/ his decisions on previous rules of law, but at the same time, who seeks decision that should be made by discontenting it. It is possible to state that a similar approach is maintained in cases which are related matters, such as homosexuality, in which “morals of the society” confront with the freedoms of individuals. In Turkey, Z.A. decision of The Constitutional Court is appropriate to discuss in the framework of the abovementioned views of Dworkin. In the decision which was made in recent history, like 2017, The Court concluded that in terms of the applicant, who was expelled from the çivil service because he is gay, right to respect to privacy and prohibition of discrimination were not violated. The decision does not appear to be a decision, which bases on rights and is adequate to general principles of law naturally the views of the thinker, when it is approached in light of the opinions of Dworkin. Because it can be concluded that the decision is contrary to the principles of recognition of fundamental rights and freedoms and equality, and that compliance with “the morality of society” emerges as a goal. 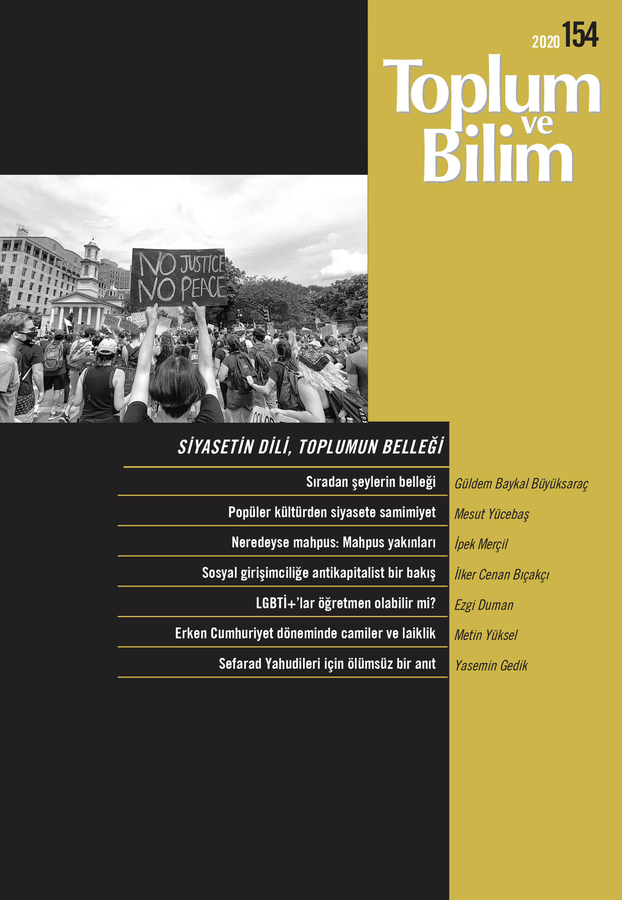