Patterns of consumption as indicators of individuality: Case studies from the Ottoman universe of commodities in the eighteenth century

In the Ottoman Empire, consumption was restricted by local, social and stateimposed rules – a far cry from the freedom of choice organised and imposed by a market economy. Taking this constraint as a given, the article investigates how consumption by Ottoman individuals can be read not as the unconscious function of a social context but as indicator of an individuality they assumed within this context. Without exception, the cases that offer themselves for investigation relate to the non-everyday consumption by members of the elite. After a general evaluation of the source value of confiscation (müsadere) records, the assets of two rich money-lenders are analysed: Devzade Mustafa who had also been the notable (ayan) of Nicomedia and the commander of the pilgrimage caravan (emir ül-hacc), in which capacity he died during a return trip in Medina; and Dimitri from Sakız who was executed under scandalous circumstances after Esma Sultan’s death in 1788. This comparison is then expanded to include inventories that may have potentially served as models to people such as Devzade and Dimitri, since these assets belonged to men who had socially risen even higher: the hospodars of Wallachia, Nicolas Mavroyeni and Constantine Hangerli on the one hand; and on the other, two members of the notable Karaosmanoğlu family, Haccı Mustafa Agha and Haccı Hüseyin Agha along with Dağıstanî Ali Pasha, a provincial governor. As a result, it has been possible to identify different consumption patterns belonging to different Ottoman elite groups but also that individuals could to some degree transgress the boundaries of these patterns.

Militarism, total war and mobilization of youth: Paramilitary associations in the Ottoman Empire in the First World War

This article explores the issue of Ottoman paramilitary associations in the First World War by situating the subject-matter within the context of the Ottoman mobilization experience. The First World War was a long and multi-front war of attrition, which required all belligerent countries, including the Ottoman Empire, to mobilize all of their resources to keep up with the war effort. This “total” character of the war not only necessitated permanent mobilization of manpower throughout the war, but also made state authorities attribute special importance to the militaristic training of the youth to prepare them for military service and combat even before they reached the age of conscription. Therefore, the Ottoman state conceived of paramilitary associations as an instrument to contribute to the permanent mobilization of the population needed for the war effort.
Approaches to physical education had already acquired militarist tendencies during the Second Constitutional Era, and examples of militaristic youth associations in European countries such as Germany had inspired similar organizations in the Ottoman Empire by the eve of the First World War. While this article discusses these developments its main focus is the Ottoman Youth League, which was established in the middle of the war with the specific aim
of mobilizing unschooled provincial and peasant Ottoman boys.
Rather than confining itself to an institutional history of paramilitary associations, the article aims to situate these associations within the social context and tries to understand what kinds of relations they formed between the state power and society and how they were received by the very people they targeted. One of the main contentions of the article is that social actors were not passive vis-à-vis the state during the Ottoman mobilization effort; they had agency and produced responses that would re-shape the mobilizing policies that targeted them. Based on how social actors’ own expectations and priorities matched up with state policies, the article demonstrates that these responses constituted a wide spectrum ranging from voluntary support to open resistance. In this sense, it is argued that the Ottoman paramilitary associations often had difficulty realizing their originally conceived aims and were forced to respond to social actors by continually re-shaping themselves and their methods during the mobilization process. 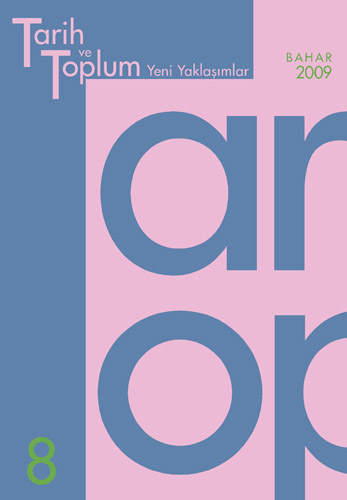