Changes in agricultural structures in 16th century, Mediterranean cuisine and oil use

This study discusses the current opinions and views on food in the Ottoman Empire and the place of olive oil in alimentary diet. Usually it has been accepted that olive oil was the determining element in Mediterranean food and alimentary diet and that during the Ottoman era rather fat and firstly butter had prevailed. If this change is a point at issue, are this kind of cultural approaches enough to explain the change?

The conclusions of this study, draw attention to agricultural changes which occurred around Palestine, which is the oldest olive oil production region and northwest Anatolia and Edremit which are currently known as olive land. Setting out these changes, it has been affirmed that, as a result of the current usage of olive oil in soap production and for lighting, its determining part in cuisine is controversial and that in the Ottoman era it was an obligation to use butter instead of olive oil for cooking.

On the other hand, this study suggests that because of the obligation to use olive oil in ligthing and soap production, sesame oil to be chosen as cooking oil was imminent. One of the allegations that this article points at, is that sesame oil has to be considered as the major cooking oil of this period.

With these evidences and evaluations, it has been stressed that the understanding of those changes is not satisfactory while remaining within the frame of culturalistic approaches. Basically, because of the effects of increasing oil need due to population growth, olive oil had to be used as oil-lamp fuel and in soap production, consequently olive oil could not take it’s determining place in Mediterranean cuisine for a long time.

This paper examines the problem of income tax during the post-Tanzimat era. It particularly focuses on the period from 1903 to 1907 during which a new personal income tax bill was issued and put into practice. The paper first provides an overview of the tax regime that evolved throughout the 19th century. Government attempts at shifting the tax burden towards urban economy and establishing a “face-to-face” relationship with individual tax payers are among the themes covered in the paper. Apart from the property tax, however, the Ottoman governments of the nineteenth-century were not successful in transforming the collective nature of tax responsibility and introducing personal income tax based on an individual’s wealth and income. The “personal tax” of 1903 was initially introduced as an emergency tax to cover the budgetary deficit. Through this tax, the government aimed to shift the tax burden to the well-to-do sections of the society. The paper examines in detail the resistance that the new income tax faced from different social groups, the most active among them were the wealthy merchants and big land holders. As a result of this resistance the government was forced to terminate the bill. The paper finally concludes that the governments of the late Ottoman period were unable to establish a modern personal income tax, the tax burden mainly remained over the shoulders of peasant producers and the tithe and tax farming system continued to be the integral part of the Ottoman tax regime until the end of the empire.

The monographic study “Yusuf Ziya’s Humour Magazine, Akbaba” is basically about the relationship between media and political power. By looking at remembrances, articles and special statements in the magazine, and political shifts of the period, the history of Akbaba and Ortaç’s political identity is discussed. Akbaba’s owner and editor-in-chief Yusuf Ziya Ortaç is a publisher who was successful in establishing close relationships with governments in different periods. Apart from acquiring priority in publishing official announcements, he also received support from the prime minister’s secret funds. Akbaba’s long lifespan is certainly related to the rapport it built with the political power. It is understood that political powers did not want the magazine to be shut down, either. The continuity of the magazine and its financial power – which was not related to sales figures– meant that oppositional/rival humour magazines could not compete with it. Akbaba is a significant example of how political power manipulates media for the sake of its interests. Yusuf Ziya, on the other hand, is a pragmatic publisher and journalist who was able to use this relationship in commercial terms.

Keywords: The Relationship between Media and Political Power, History of Communications, Humour. 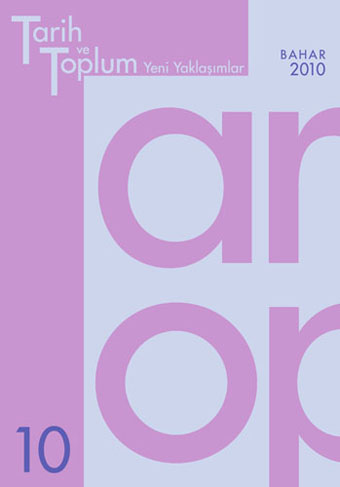